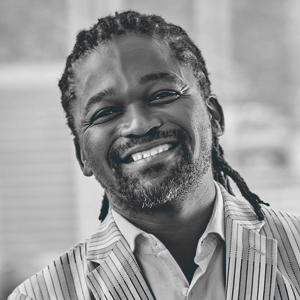 Broadcaster, Master of Ceremonies, Vice Chairman of Cape Town Opera’s Board of Directors

Africa Melane is a broadcaster and hosts the Early Breakfast Show on both CapeTalk and 702. In this role, he has interviewed leading personalities, business leaders, politicians, thought leaders, community activists and religious leaders from both South Africa and abroad. His real joy is derived from engaging with fellow South Africans on matters that are important to them.

Africa Melane studied accounting and auditing and went on to work at a leading business assurance firm. He also taught a professional development course to first year students at the Faculty of Health Sciences at the University of Cape Town, before turning to a career in broadcasting.

He has been the Master of Ceremonies for events and functions for both the public and private sector. He has hosted events for Provincial Government, Local Government, Wesgro and other agencies of government.

He is the Vice Chairman of Cape Town Opera’s Board of Directors; he also serves on the Board of StreetSmart South Africa; and he chairs the panel of judges for the Fleur du Cap Theatre Awards, South Africa’s oldest and most prestigious theatre awards which reward excellence in professional theatres staged and performed in Cape Town.